Disappointing to see that the Microsoft Band was discontinued today. It was always on my list of wearables I would look at if I was ever to buy a wearable.

But according to Colbert, “sustainability concerns have probably had a dampening effect on growth” in the coffee capsule sector. Even John Sylvan, the inventor of the K-cup single-serving coffee pod, America’s biggest selling capsule, last year foreswore his invention. “I feel bad sometimes that I ever did it,” he told one journalist.
-BBC

The new Moto Hint (from Motorola) is a smart bluetooth headset that is smarter than it looks because it hints (sorry) at a real future of connected technologies worn on the body.

This will make me sound old, but here goes: Image you have a big smartphone in your pocket, a smartwatch on your wrist, and a smart bluetooth headset in your ear. Now imagine your phone rings (this is the part where I sound old – people using their phones to talk). You glance at your watch to see who is calling, you tap to accept the call, and you just start talking (into your headset). OK, so maybe you are young and you get a text on your watch and just want to send a quick voice message back. Rather than looking a little silly by talking into your watch, you can just use your headset to record the message. Granted, it might seem a little weird to people around you that you randomly say something like, “Pizza at 6 sounds great, see you then”, but nothing is perfect.

Honestly, then case looks a little goofy, but it makes a lot of sense, because: 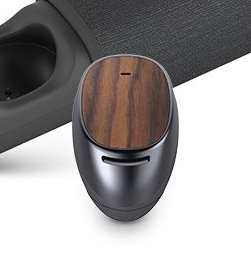 No. If you think hardwood dashboards look good, you are wrong. And stupid. They don’t. They look silly (at least in modern cars). Having LEDs and electronic buttons and knobs sticking out of a really over lacquered piece of wood in your car does not add luxury, it just looks dumb. One of the joys of buying a cheap Toyota is that I don’t have to have that shit in my car. Modern cars should be made with modern materials and not try and pretend like they are horseless carriages.

Oh yeah, so my point here is that the little wood panel on the Hint is embarrassing. The new Motorola has been doing a really fine job with design, but apparently, they still need someone on their team that can veto demonstrably silly ideas.

Microsoft is building another Surface Tablet, the Xbox Surface. First impression: I’m flabbergasted. What on earth are they thinking? Two versions of Windows on tablets both called Surface isn’t confusing enough? Guess not, let’s throw in another! And at the same time, let’s confuse developers too! Which Windows platform to develop for? Windows RT which is a good price point and looks like a nice tablet experience, but can’t really run Office? How about the much more expensive Windows 8? Maybe Windows Xbox? Or is that Surface Xbox? Really, they can’t even keep their naming conventions straight between hardware and operating systems.

And I would like to know precisely how many tablets Microsoft expects me to buy? One for casual consumption, one for “creation”, and one for gaming? How much more clearly can they make an argument to just buy an iPad?

And who is going to buy the Xbox Surface? Does Microsoft think parents will buy it for their kids? So now it’s up against the real Xbox? Doesn’t that just cannibalize Xbox sales? At least with the iPad, the kids can justify it with all the educational and creative apps that are available.

All this is going to do is cause a massive amount of confusion and drive people right into the iPad with it’s much simpler proposition: one tablet to do it all, almost. 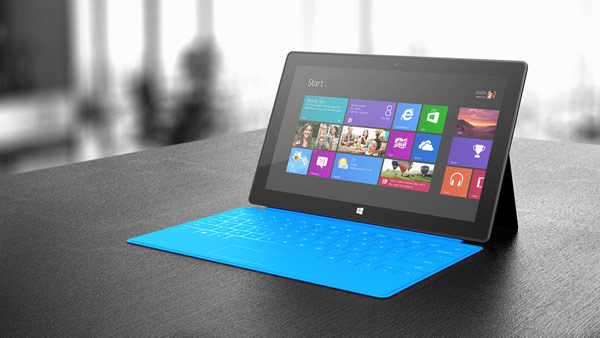 Looks like Microsoft did their homework on this one. Seems a bit pricey at $499 (with keyboard). But on the other hand, that’s a damn fine looking keyboard and if it works only half as well as Microsoft says, it’ll be a pretty compelling device. And then there is the little issue of Office. Surface RT comes with Office. Which, for most people, is a very compelling advantage.

Let me just come out and say it, the Surface RT hardware looks awesome. But, god I hate saying this, but it’s running Windows. Wish I didn’t have to say that and I hope I’m wrong but I’m worried that it just won’t measure up. I say this based on my experience with Windows 7 on my four year old MacBook. It was so fast when I installed a few years ago. But over time, the damn thing slowed down so much that I finally gave up and built a PC to replace it. The really damning thing is that OS X still runs very well on it. So it’s not the hardware, it’s the…software. And that’s where I think both RT and Pro will fall short. The hardware won’t be able to keep up with bloatware. Oops, I mean software. 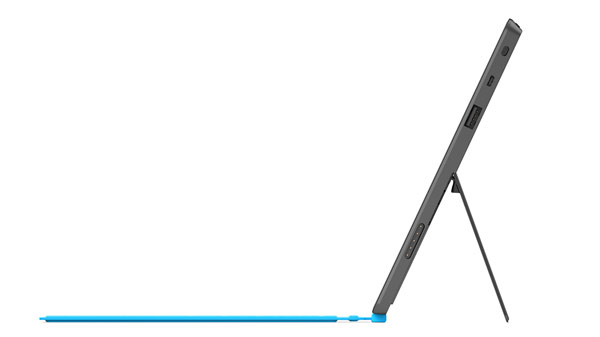 I could gush over the design of the RT, but just look at those pictures. Perfect. And the designers seems 100% on their game. I litterally punched the air in excitment when one designer was talking about the keyboard:

Seems so strange that pretty much everyone seems to be having so much difficulty explaining the larger screen on the iPhone 5. Most people think Apple it just caving to competition or admitting they were wrong and the 3.5″ was too small all along.

John Gruber, the one guy I assumed would figure this out is just as befuddled as everyone else:

So the question is, if a 4-inch 16:9 display is better than a 3.5-inch 3:2 display, why hasn’t the iPhone been using 4-inch 16:9 displays from the start? Cost must have been a factor. Bigger screens are more expensive, and the 2007 iPhone display was like nothing else on the market. Bigger displays also consume more power. But I think it’s really mostly about a subtle change in priorities, a reordering of the tradeoffs — and, let’s face it, a response to marketing pressure from the aforementioned bigger-seems-better retail showroom factor.

While I’m at it, here are some other things I can help to clear up for John:

Along the lines of can’t-really-be-answered-but-gosh-they’re-fun-to-ponder questions like, say, “Who’d win in a fight, Batman or Spider-Man?” or “Star Destroyer vs. U.S.S. Enterprise?”

Batman has far superior tactics and strategies so he would be the favorite in a fight with Spider-Man. Unless Batman knew he was going to – or could potentially – fight Spider-Man. In this case, Spidey wouldn’t have a chance. Batman is the guy who, with a bit of planning, beat up Superman. You really think a spider is going to get him?

The bridge of the Enterprise
“Lt. Worf, full spread of photon torpedoes please…”
“And while you’re at it, beam the bridge crew of the Star Destroyer into space….”
“And in their place, beam some more photon torpedoes onto that now empty bridge.”
“And if by some slim chance, if they give us any trouble, jump to warp nine and we’ll come back to finish them off later.”

Reviewing Motorola’s newly announced phones is just one big bag of disappointment. Nothing really new here, nothing that pushes the envelope, just three more slab like Android phones with big and bigger screens.

And they’re not even shipping with the most up to date version of Android.

Motorola, what’s the point? Either you aren’t giving it your all, or you’ve got so little talent or direction that you really shouldn’t bother to get out of bed in the morning. Hence my terribly tedious and totally obvious title for this entry, just like your new phones.

Isn’t one of the ‘great things’ about Android that there are so many different choices? But what does Motorola do? They add three more unimaginative and derivative designs that stand out in no way. Lemmings.

One consequence of the Apple Samsung trial is that no one accuses Apple of just using slick marketing gimmicks to sell products anymore. A product eight years in the making has little to do with marketing and everything to do with product development.